With an independent insurance agent, you have choices. Independent agents are not tied to any one insurance company. One of the advantages of using an independent agent is that he or she works to satisfy your needs. You are using an expert for an important financial decision and most important, your agent is local and ready to take action to help your immediate needs, especially when you need them most…at the time of your claim.

On this post, we like to talk to you about Top Fire Safety Tips For Maryland Residents

Statistics like these highlight the importance of knowing how to prevent—and react to—fires. That’s the goal of Fire Prevention Week, an awareness campaign sponsored by the National Fire Protection Association.

One person who knows a lot about fire safety is Tom Mueller. Tom owns KLM Insurance Agency in Barrington, Illinois. Before owning his own agency, Tom was fighting fires for more than two decades. Learn some of his top fire safety tips—and one of the most memorable calls he’s responded to.

My dad was a lieutenant in the Chicago Fire Department, so that’s what I knew growing up. He was decorated for valor twice by the mayor and was a member of the first fire company at Chicago’s famous “Our Lady of the Angels School Fire” in 1958.

I went to the University of Texas, where I graduated with a Fire Science degree. From there, I served as a firefighter specialist with the U.S. Air Force before working as a professional firefighter and paramedic with the Schaumburg Fire Department, in a suburb of Chicago. This is the second-largest fire department in Illinois.

I worked in a firefighter capacity for 25 years while working as an insurance agent on the side.  My dad always had a second job. That’s because the pay for firefighters was low and he worked 24 hours on with 48 hours off, so it was possible. I always saw him working two jobs, which I thought was natural.

They dovetail together in several ways. For instance, I make a point of inspecting all the houses and commercial buildings my agency insures. Most people wouldn’t see the things I see. When I see a fire hazard, I am proactive about letting the homeowner or business owner know about it. Most people are glad to know about the risk and how to fix it.

I always start in the basement, where there’s a propensity for fires to start. I often see combustible materials and other clutter stored too close to furnaces.

Candles are another major source of fires. If you use them, make sure they are in a glass jar—and never leave them unattended.

Around the holidays, you see live Christmas trees that aren’t properly watered. There’s a lot of potential for them to catch fire if they don’t get enough water.

It’s really important to talk with your household members about escape plans. This is important even if you have little kids—talking about the plan and play acting it could be a lifesaver.

Speaking of kids, it’s important to keep a close eye on them. The things we take for granted about fire safety are not things they know.

If you’re ever in a fire, remember to always stay low to the ground. Standing up will only expose you to the worst part of the smoke and the heat. Also remember to always close the door behind you, if possible, in order to contain the fire.

I was once in charge of an engine company when a new guy named Brian came on. Like all new guys, he was excited to catch his first fire.

It ended up being a call for a townhouse fire; as we pulled up, you could see black smoke puffing out from under the eves. The fire had a pretty good start.

Our first task was life safety—double checking that all the occupants of the home were accounted for and out of the building. I then assessed the seat of the fire. (That’s the origin or location of the fire.) This is important because as the fire gets more intense, it gives off a great deal of smoke and it’s hard to see where the fire started. Without knowing that, you don’t know how to direct the engine company with regard to the hose stream.

We determined the fire was in the attached garage; once we “opened up the hose line” (slang for charging the hose with water), it became impossible to see. That’s because the water creates heavy smoke and steam. Brian, the new guy on the “tip” (slang for nozzle), was aggressive in moving forward. But he was slowing down as we gained entry.

Well, we soon found out why. When the overhead door was opened and the air cleared, we saw that Brian got his air tank caught on a burned up bicycle. He actually put out a fire with a bicycle that was burned to a crisp on his back!

No one was injured, and a lady from the neighborhood snapped a photo of our crew after the fire. (See it in the slideshow above.)

Learn more about how to prevent fires by visiting the National Fire Protection Association website.

As an independent insurance agent since 2008, Michael Cruz has been providing personal services for the local community in English and Spanish. He understands the importance of customer service and the comprehensive advice that they need to help them make the right decisions.

Michael believes on long-term relationships by educating his customer while protecting all their assets. 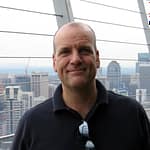 ...they put their customers first, and they're incredibly nice people as well.Andy B., Maryland
AA
At the same time he was very easy to work with, knowledgeable and professional!Anya a., Rockville, MD
JF
The agent was very responsive.Judith F., Mount Rainier, MD
MH
Good communication and prompt response to e-mails.North Bethesda, MD
JC
What I liked the most was the fair price.Jose C., MOUNT AIRY, MD
See All ReviewsSee All Reviews